She didn’t leave me anything in that house.

I walked to Circem Street yesterday after school. It was a nice day, but I was in a bad mood because without Maddie I don’t have a ride home so I had to ride the bus with all the freshman, so that was super humiliating.

Anyway, the house looked exactly like it always has. Cute, humble, built in probably like 1915 or so, and totally deteriorating. It used to be white, but it definitely isn’t now. I could practically see the rats in the windows.

I went in through the basement window just like we used to. The window faces the wild, unfenced back yard and the latch is broken so it slides right open. I shimmied my way in feet first and landed on tiptoe on the wobbly canning shelf underneath it. It was a delicate operation to get the rest of the way in — it’s a narrow window and I’m not in middle school anymore — but with some creative twisting I was able to land on the concrete floor.

It was just the way I remember it down there — dim, dusty, covered in cobwebs. Old jars at increments along the old shelves, their contents floating and mysterious, broken furniture crowded in the corners and behind the stairs, creating spiky, hulking shadows.

The staircase let out a long moan of displeasure when I began to climb, but it held. I tread carefully, avoiding the rotten fifth and seventh steps.

The basement door creaked when I pushed it open. There were footprints in the dusty hallway.

For a moment I felt a wild hope that Madelyn was there and I called out for her — but my voice felt like a transgression. The house seemed to settle even further into stillness and silence.

Whoever once lived in the Circem street house liked things simple. The furniture is simple, pretty and spindly, the decorations are sparse. I didn’t know where to look, so I started in the kitchen, examining the once-white tiled counters for anything that might have been hers.

There was a bag full of what looked like fairly fresh take-out trash from Ann-Beth’s Diner on the counter. One of the sodas was still sweating.

I stood frozen, the realization coming very slowly: there was someone else in the house.
Before I could decide what to do, a shotgun cocked behind me and I whirled.

There was a man standing in the doorway. The shotgun was in his hands and he was pointing it at me. I just stood there like a frozen idiot.

“Hi there,” he said. He was probably in his early twenties, and his voice was friendly. “You come here often?”

To which I responded, “please, this week has been shitty enough without getting shot,” which actually reads pretty smooth when I type it out but like trust me at the time I was already starting to cry and my voice was all shrill and it did not sound smooth at all.
He twitched a little smile over the barrel of his shotgun.
I’ve never had a gun pointed at me. I was like full on about to hyperventilate. “I’m just —” I literally couldn’t get the whole sentence out without pausing to gasp “— looking for my friend —”

He immediately lowered his gun and held up his hands like he was the one surrendering to me.

He said, “oh shit, hey — sorry. My bad.” His demeanor had totally changed. Suddenly he was just some friendly college age guy, the kind of guy who’d intervene if some asshole was being too pushy at a party. “You can’t be too careful, right?”

I stared at him, blindsided.

“Look —” he began, but he was interrupted by someone coming through the front door.

“Jude? You here? Their beer selection was confusing so I just bought Sessions —”
It was a second guy, slightly shorter than the first and carrying an eighteen rack of beer.

He froze in the door way, taking in me, the guy named Jude, the shotgun.

“We hadn’t made it that far,” said Jude.

The one with the beer gave me a dismissive once-over. “So what… you just here to like, party or something?”

I was completely alone in an abandoned house on a Tuesday at like three thirty in the afternoon. There was no way I was there to party, unless by party he meant shoot up heroin by myself.

“She was shouting for Madelyn,” said Jude.

My stomach contracted. “Do you know Maddie?”

They exchanged a glance. Then the guy named Jude leaned his shotgun against the door frame and offered me his hand. “My name is Julian Hawthorne. This is my brother Nathaniel.”

I said, “And you know Maddie… how exactly?”

I hesitated. “She’s my best friend,” I admitted. “We used to come here as kids.”

They exchanged a significant look. The one named Nathaniel came full into the kitchen, and into the light, which was terrible for me, because in the light I could see how nightmarishly attractive he was. He was so hot I didn’t know where to look, like when someone gets unexpectedly naked and you’re doing your best not to look at their wang. 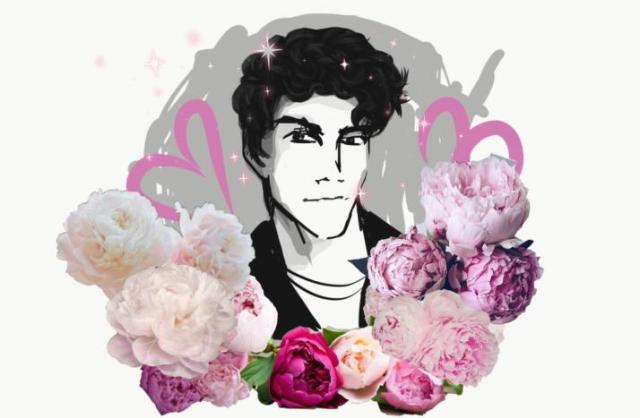 “So you thought she’d be here?” Julian asked and I chewed my lip.

“You don’t think she hitched a ride to California?” Neal added.

My stomach turned to granite. “No,” I said flatly.

Neal gestured at Julian, like I told you so and Julian rolled his eyes.

“We’re looking for your friend,” Neal said. I stared between them and the beer they’d set on the counter. I could tell from all the black denim they weren’t cops.

“Why?” I asked, slowly backing towards the decrepit kitchen door.

But that doesn’t really check out, right? Two guys living in an abandoned house?

I glanced between them as the back of my sneaker hit the kitchen door. “Your… job,” I said, searching behind me for the doorknob. “And what job is that exactly?”

I fumbled with the doorknob, struggling to unlock it behind my back.

“Okay, we’re usually a lot smoother than this,” Julian said.

My heart must have been beating a thousand miles an hour. What the hell were these guys doing looking for Madelyn? What was she into?

“I have to go,” I managed, popped open the lock, shoved open the door and ran for it. I ran all the way home and like collapsed on my lawn because as it turns out I am in really bad shape.

I’m not so freaked out now, so I can sort of look at the situation objectively, which is like not that helpful really because no matter how objectively I look at things, there’s no explaining who those guys are. Are they like hit men or something? I can’t imagine Madelyn, sweet perfect Madelyn doing anything that would warrant heckin hit men looking for her, but I don’t know maybe she was dealing drugs or something? We always joked that she’d be the perfect drug dealer because no one would suspect her.
But that was always a joke because the truth is that Madelyn’s exactly the kind of cool hip lesbian who would secretly deal. So maybe she was dealing and something went wrong so she decided she needed to disappear? And these guys are like in the mafia or something and they’re here to… idk what does the Mafia do?

I don’t fucking know dude I don’t know anything about any of this shit. Like k Mads wtf joke’s over where are you