Their fucking scheme to draw out those witchy wannabes obviously didn’t fucking work.

I woke up in the woods again last night. I’ve never heard of that happening before.

Yesterday was just bizarre in general. Tilly was super weird at school. I went to look for her at lunch but she wasn’t around, which was super strange because I wanted to talk to her about how her dad mysteriously left game night on the very night that the Hawthornes were trying to draw the cult out of hiding.

I could feel Simon and Erica watching me as I walked through the parking lot looking for her car. She’s not returning my phone calls now. I don’t know what to do. Part of me thinks this is to do with her father maybe or maybe not being a fucking cultist, but most of me thinks that this has all been way too good to be true and she’s just come to her senses and is ignoring me.

So, I’d already had a weird and shitty day. And then after school Julian called me to say that their trap didn’t work and they didn’t catch anyone, but that things were probably going to get much more difficult because now they knew that we were out looking for them.

So yeah, I was stressed last night but I went to bed as usual. It took me like a million years to fall asleep, and when I finally did I think I knew there was something wrong this time.

Last time I woke up out there I felt safe and happy until I realized where I was, and THEN the terror started to set in. This time I was already having bad dreams when I woke up.

I was naked again, and fucking freezing, and soaking wet, and there were people out there in the woods.

At first I wasn’t certain they were actually there. It’s easy to imagine the worst under those circumstances. But then someone came out from between the trees. I think it was a woman, but I don’t know. She was dressed all in black and was wearing a mask. It was a cheap party cat mask. I couldn’t see eyes behind it in the dark. 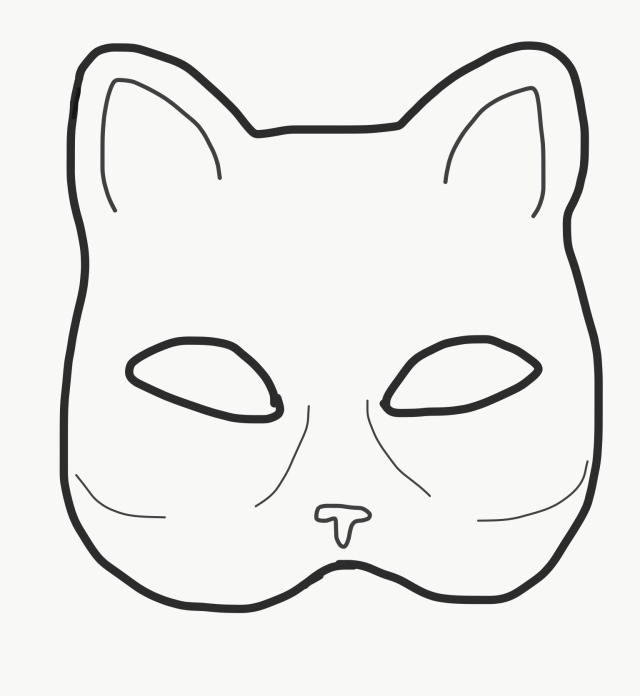 She didn’t say anything but reached out to touch me and for a split second I wondered if it was Madelyn. I sat there frozen, holding my breath, but then someone’s cell phone rang out in the trees and Cat Mask twisted to look and I fucking split.

I must have looked ridiculous flailing like an idiot through the undergrowth. I fell a few times, but I didn’t feel a single thing. It must have been the adrenaline. I don’t know how I got away. I could hear them chasing me — they were crashing through the underbrush. Occasionally someone grunted. But no one said anything. Shouldn’t they have been calling to each other, trying to coordinate in the dark?

Oh my god I probably know who they are. They probably didn’t want to risk me recognizing their voices. What in the fuck has happened to my life jesus fucking im moving to antarctica this is bullshit

I had to take a break. I made myself tea.

So I ran through the woods in some random direction and like I don’t know how this is possible but I came out in someone’s back yard, ran through their apple trees and came out into the street just in time to make Neal Hawthorne slam on his breaks. He BARELY stopped in time. My hands were literally on the hood of their rusty ass car.

I must have been quite a sight, fucking naked with my legs bleeding and like gasping for air, but they didn’t so much as hesitate. Within moments Julian was aiming a shot gun up into the trees and Neal was putting his jacket around my shoulders.

“What’s going on?” he demanded, and when I just sort of blubbered wordlessly he seemed to understand. “Okay, that’s okay,” he said. When I swerved off balance he caught me. “Whoa there, alright I got you.”

Like not to be dramatic or anything but Neal Hawthorne might be the hottest person I’ve ever met. It just keeps getting worse. He like…. dates witches and saves my ass and doesn’t so much as give me a second look like literally fuck me UP

Okay sorry that’s out of my system.

Actually no it isn’t. There I am, buck ass naked, terrified, all scraped up, and he gives me the coat off his back and he’s all calm and competent???? And tall? Why???

And that’s not even the worst part but give me a second we’ll get there.

No one followed me out of the woods. I don’t when I lost them. Honestly that whole run through the woods was a blur.

Neal put me in the car where I sat dripping on the leather and wearing Neal’s coat like a turtle shell. I wanted to call Tilly but I didn’t have my phone. God knows where my fucking clothes ended up. They turned out not to be in my room either so I guess they’re in the woods somewhere which sucks because it was my favorite giant t-shirt.

According the dashboard it was nearly 4 am. Outside Julian went out into the dark, but Neal stayed by the car where I could see him. The Kinks were playing on the radio.

They got back in the car a few minutes later.

“I didn’t see anything,” Julian said, setting his shotgun on the seat next to me. “Just trees.”

“Do you want to tell us what you were doing out there?” Neal asked and he sounded sorta pissed, like he thought I’d been out there on purpose.

I bristled: “Oh I was just on a walk. Thought I’d go on a nice jaunt through the woods. Naked. In the rain.”

“You wouldn’t be the first to think they could solve a case on their own,” Neal replied. “You’ve got that… annoying teenage girl power fantasy thing going on.”

I burst into tears. It was not my finest moment, but it had been a long night.

“Am I wrong?” he snapped back, bristling.

See THAT’S the worst part. All evidence suggests that this adult man actively dislikes me, and that’s the reason I both hate his guts and am eternally devoted to him.

I explained to them, haltingly because I was rage crying, that I’d woken up out there again, but this time they were waiting for me. I told them about the creep with the cat mask.

Neal drove fast and silent. When he pulled up in front of Tilly’s house it took me a moment to understand what we were doing there.

“Neal,” Julian began cautiously. Neal just got out of the car and slammed the door. “Fuck,” Julian sighed. “Neal! Come on —” he climbed out after him and jogged to catch up but Neal was on a mission apparently because when Julian caught his shoulder he just shook him off.

I stopped crying. I climbed out too, holding Neal’s jacket closed around me. I stood in the driveway as Neal began banging on their door.

“Hello?” he shouted, and banged some more. “Sheriff Marlow? You home?”

First one light came on upstairs, then another.

“Come on down Mr. Sheriff, I have some questions for you!”

But Sheriff Marlow didn’t answer the door. Mrs. Marlow did, her complexion dark in contrast to her long silky night dress. I didn’t hear what she said, but I heard how Neal responded.

“He’s not here? Is that proof enough for you Jude?”

Julian was already on the porch trying to put himself between Neal and poor Mrs. Marlow.

Neal laughed. “Call the station,” he said. “Go ahead, see if he answers!”

Julian turned him firmly by the shoulders and pushed him down the stairs. “Neal, go cool off,” he said. Neal stormed off across the lawn. Tilly appeared on the stairs over Julian’s shoulder. Our eyes locked. We stared at each other until Neal fell back into the drivers seat and slammed shut his door.

I wanted to go and say something to her. I didn’t. I was too naked and scared and scratched up. Instead I climbed back into the car and sank down so she couldn’t see me.

“That cop is involved,” Neal said. He looked at me in the rear-view mirror. “I’m sorry,” he said. “We’ll put a stop to all of this. We just need to figure out how.”